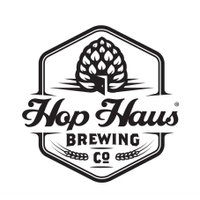 Every community deserves a place to gather, share a pint of beer, and worthwhile conversation.

Hop Haus Brewing Company has developed a reputation for crafting creative and consistent beers. We are inspired by the notion that every community deserves a place to gather, and to come together as neighbors to enjoy a pint of beer and worthwhile conversation.

We opened our doors in 2015 with a 3bbl brewhouse and have been expanding ever since. In 2020 we opened a new 13,000sq foot facility with a 15bbl brewhouse, centrifuge, and canning line (along with a full restaurant, rooftop bar, and events space).