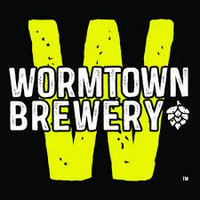 It all began in an ice cream shop on Park Ave in Worcester.

Ben had a vision for a brick and mortar brewery in his hometown of Worcester, MA and Tom was trying to figure out what to do with the addition on his restaurant that was the former home to Peppercorn’s Ice Cream Factory. After a few beers one night on a bar stool, a plan was formed to start a brewery that would be committed to being local both in our branding and our ingredients.

The brewery officially opened on March 17, 2010 and we really weren’t sure what to expect… worst case we’d have a lot of beer to share with our friends. Luckily, we received incredible support from our local community that extended to the entire beer community, with medals at GABF, World Beer Cup and numerous awards around the globe since.

In January 2015, after 13 months of construction and almost 5 years crammed in an ice cream stand, we brewed our first beer on Shrewsbury St. located in the heart of Worcester. Fast forward to today, we are continuing to expand our capacity in Worcester and now have a beautiful second taproom with a 7bbl “test kitchen” at Patriot Place in Foxborough, MA.

More capacity means we can offer our beers in more places! Currently, we are available in all of Massachusetts, Rhode Island, New Hampshire, Connecticut and Vermont with hopeful plans to one day fill out all of New England.

Wait, the name? Well, Wormtown was simply way cooler than Worcester Brewing Company. And it allows us to have that 3-decker attitude that we put into all of our beers!